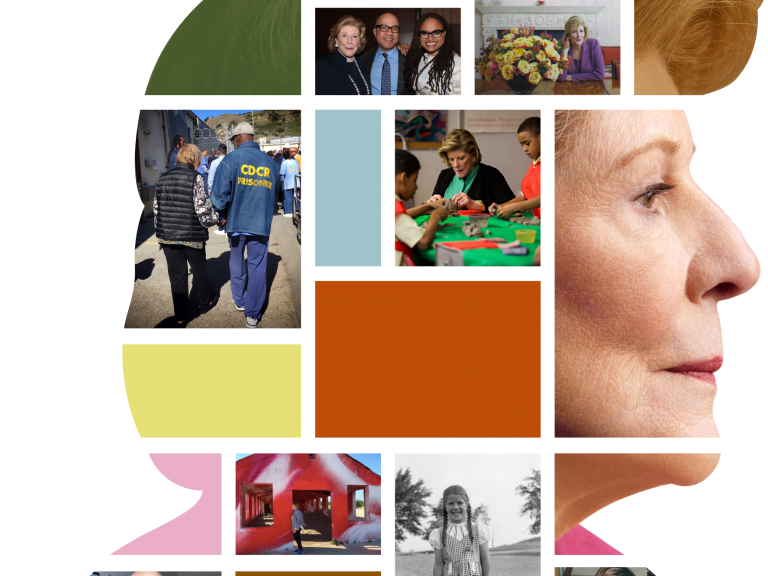 Starting on October 23, the Rehoboth Beach Film Society’s Cinema Art Theater will present “Aggie,” a documentary that explores the nexus of art, race, and justice through the incredible story of an art collector and philanthropist’s life.
Emmy-nominated director Catherine Gund focuses on her mother Agnes “Aggie” Gund’s journey to give viewers an understanding of the power of art to transform consciousness and inspire social change. Aggie is internationally recognized for her robust and prescient support of artists - particularly women and people of color - and her unwavering commitment to social justice issues. After falling in love with art as a high-school student, Aggie discovers a new way of looking at the world. Aggie sells Roy Lichtenstein’s “Masterpiece” for $165 million to start the Art for Justice Fund. The proceeds from one of the highest grossing artworks ever sold fuel a monumental effort to reform the American criminal justice system and end mass incarceration. The film captures Aggie as a true maverick, who demonstrates the unique role and potential of collectors and benefactors to use art to fight injustice. This is untapped terrain, and we see Aggie leading the way. [2020, USA, 92 min, Rated: NR].

Sabina Dana Plasse of “Film Threat” exclaims, “Aggie is a film every art center in the country should show to its supporters and community as its positive message is inspiring, aspiring, and beautiful.” Michael Ordona of the “Los Angeles Times” remarks, “A well-made portrait of an admirable woman you come away feeling you'd like to meet.”
Screening times are 3 pm on Fri (Oct 23), 6 pm on Sat (Oct 24), 4:15 pm on Sun (Oct 25), 2 pm on Wed (Oct 28) and 5 pm on Thu (Oct 29). Admission is $8 for members and $11 for future members. Customers are encouraged to purchase tickets online at rehobothfilm.com. If seats are available, tickets can be purchased at the theater starting 30 minutes prior to each screening.

The mission of the RBFS is promoting cinematic arts and providing education, cultural enrichment, and opportunities for engagement for our diverse communities and audiences. The Film Society sponsors ongoing screenings, special events, and the Rehoboth Beach Independent Film Festival (Nov. 5 – 15, 2020). Having met all the requirements for best practices in nonprofit management, the Rehoboth Beach Film Society is accredited by the Standards for Excellence Institute®. The Film Society is funded, in part, by a grant from the Delaware Division of the Arts, a state agency, in partnership with the National Endowment for the Arts. The Division promotes Delaware arts events on DelawareScene.com. For more information on this series, other events, or to become a member, visit the Rehoboth Beach Film Society website at rehobothfilm.com or call 302-645-9095.