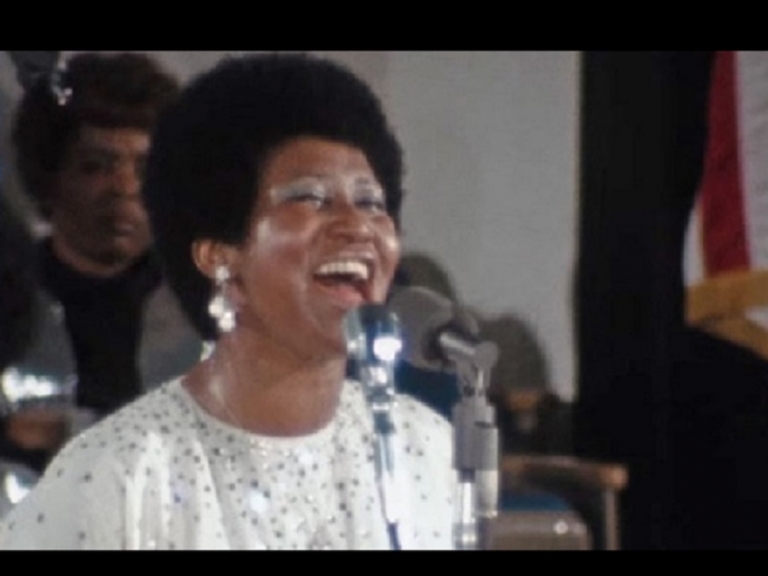 January 1972. A film crew captures Aretha Franklin’s live recording of the album “Amazing Grace” at The New Bethel Baptist Church in Watts, Los Angeles. Stuck in legal and technical limbo for almost 50 years, “Amazing Grace” was never released and thought lost to history. Through the exhaustive efforts of a record executive named Alan Elliot to restore the film and fight for it to see the light of day, audiences now have the privilege of witnessing Aretha Franklin at the height of her powers. [2019, US, 87 minutes, Not Rated].

According to Peter Rainer of “The Christian Science Monitor,” “Amazing Grace” “is one of the greatest concert documentaries ever made. It reaches so far into transcendence that watching it becomes an almost ecstatic experience.” Vikram Murthi of “The AV Club” says that seeing the film in theaters is “an absolute must.”

The mission of the RBFS is promoting cinematic arts and providing education, cultural enrichment, and opportunities for engagement for our diverse communities and audiences. The Film Society sponsors ongoing screenings, special events, and the Rehoboth Beach Independent Film Festival (October 31 – November 10, 2019). Having met all the requirements for best practices in nonprofit management, the Rehoboth Beach Film Society is accredited by the Standards for Excellence Institute®. The Film Society is funded, in part, by a grant from the Delaware Division of the Arts, a state agency, in partnership with the National Endowment for the Arts. The Division promotes Delaware arts events on www.DelawareScene.com. For more information on this series, other events, or to become a member, visit the Rehoboth Beach Film Society website at www.rehobothfilm.com, or call 302-645-9095