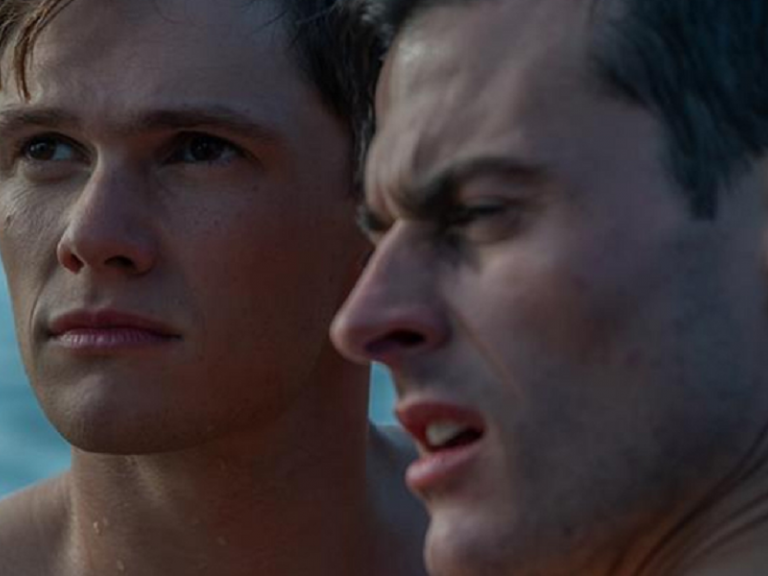 Starting on May 6, the Rehoboth Beach Film Society’s Cinema Art Theater will present Firebird, a romantic war drama directed, co-written, and co-produced by Peeter Rebane based on Sergey Fetisov's memoir The Story of Roman.

Firebird is a passionate love story set against the backdrop of a Russian air force base during late 1970's Communist rule. It follows a handsome, soulful young soldier who embarks on a dangerous and forbidden love triangle with a charismatic fighter pilot and his female comrade. As their friendship grows into love, the men risk their freedom and their lives to be together in the face of an all-seeing Soviet regime. [2021, UK, 107 min, Rated: R]

Randy Myers of the San Jose Mercury News says, “A glossy and classy melodrama that soars with passion and is elevated by strong production values, heartfelt performances and a story arc that journeys to unexpected destinations.”

Screening times are 6 pm on Fri (May 6), 3 pm on Sat (May 7), 2 pm on Sun (May 8), 3:30 pm on Wed (May 11) and 6 pm on Thu (May 12). Admission is $8 for members and $11 for future members. Customers are encouraged to purchase admission online at rehobothfilm.com. If seats are available, admission can be purchased at the theater starting 30 minutes prior to each screening.