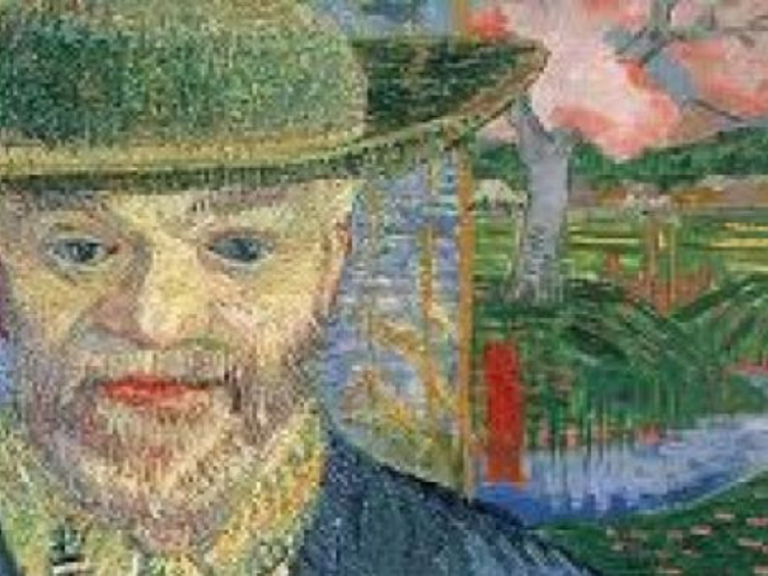 The Rehoboth Beach Film Society is pleased to bring back for the fourth year the Journeys in Art History (EXHIBITION ON SCREEN) film series. The series will feature a new film each month, January through April. The focus of the series is to introduce the works of history’s greatest painters and to provide opportunities to view blockbuster art exhibitions from galleries worldwide.

The first presentation in the series is the fascinating film “Van Gogh & Japan.” It will be screened on Tue Jan 28 (1:30 pm).
Though he never visited Japan it is the country that had the most profound influence on him and his art. One cannot understand Van Gogh without understanding how Japanese art arrived in Paris in the middle of the 19th century and the profound impact it had on artists like Monet, Degas and, above all, Van Gogh. Visiting the new galleries of Japanese art in Paris and then creating his own image of Japan – through in-depth research, print collecting and detailed discussions with other artists – Van Gogh’s encounter with Japanese artworks gave his work a new and exciting direction.

After leaving Paris for the south of France – to what he thought of as near to a kind of Japan as he could find – the productive and yet troubled years that followed must all be seen in the context of Van Gogh bending Japanese influences to his will and defining himself as a modern artist with clear Asian precursors. In this little known story of Van Gogh’s art, we see just how important his study of Japan was. The film travels not only to France and the Netherlands but also to Japan to further explore the remarkable heritage that so affected Van Gogh and made him the artist we know of today. [2019, UK, 85 minutes, Not Rated].
Admission is $9 for members and $11 for future members. Tickets can be purchased online at rehobothfilm.com or by calling 302-645-9095. Available seats will be sold at the door 30 minutes before starting time.

The mission of the RBFS is promoting cinematic arts and providing education and cultural enrichment for our community. The Film Society sponsors ongoing screenings, special events, and the Rehoboth Beach Independent Film Festival (Nov 5 - 15, 2020). Having met all the requirements for best practices in nonprofit management, the Rehoboth Beach Film Society is accredited by the Standards for Excellence Institute®. This organization is supported, in part, by a grant from the Delaware Division of the Arts, a state agency, in partnership with the National Endowment for the Arts. The Division promotes Delaware arts events on DelawareScene.com. For more information on this series, other events, or to become a member, visit the Rehoboth Beach Film Society website at rehobothfilm.com or call 302-645-9095.