THE METROPOLITAN OPERA: LIVE IN HD “AKHNATEN” Opening at the Cinema Art Theater 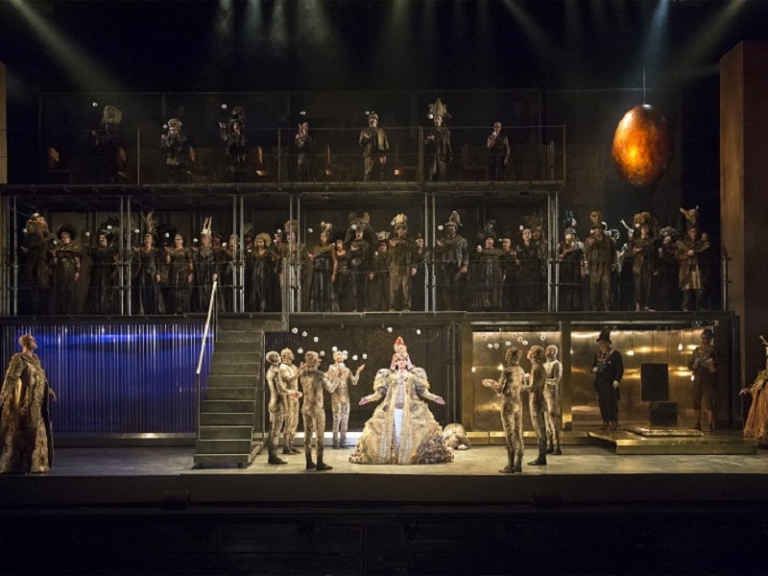 THE METROPOLITAN OPERA: LIVE IN HD “AKHNATEN” Opening at the Cinema Art Theater

The Rehoboth Beach Film Society is proud to present the Metropolitan Opera: Live in HD broadcast of Philip Glass’s modern masterpiece “Akhnaten” on Sat, Nov 30 at 12 pm and Mon, Dec 2 at 12:30 pm. Please note that screenings are held at the Cinema Art Theater and will be shown as a recorded presentation after being filmed live.

Akhnaten explores the life of the avant-garde pharaoh, who introduced the concept of monotheism to ancient Egypt, using texts drawn from ancient hymns, prayers, letters, and inscriptions - sung in their original languages set to Glass’s distinctive music. To match the opera’s hypnotic, ritualistic music, Producer Philem McDermott offers an arresting vision that includes a virtuosic company of acrobats and jugglers.

Countertenor Anthony Roth Costanzo stars as the enigmatic Akhnaten who transformed Egyptian society with his revolutionary philosophy. His tour-de-force physical and dramatic performance of the role in London and Los Angeles earned him tremendous acclaim. Joining Costanzo in the cast are J’Nai Bridges in her Met debut as Nefertiti, Dísella Lárusdóttir as Queen Tye, Aaron Blake as the High Priest of Amon, Will Liverman as Horemhab, Richard Bernstein as Aye, and Zachary James in his Met debut as Amenhotep. [Sung in various languages. Run time approximately 3 hours, 15 minutes, including two intermissions.]

Admission for The Met: Live in HD broadcasts is $25 for adults; $22 for RBFS members, Met members, and seniors (65+); $15 for students (with ID) and children (12 and under). Customers are encouraged to purchase tickets online. If seats are available, tickets can be purchased at the theater 30 minutes before the screening.

The mission of the RBFS is promoting cinematic arts and providing education, cultural enrichment, and opportunities for engagement for our diverse communities and audiences. The Film Society sponsors ongoing screenings, special events, and the Rehoboth Beach Independent Film Festival (November 5 – 15, 2020). Having met all the requirements for best practices in nonprofit management, the Rehoboth Beach Film Society is accredited by the Standards for Excellence Institute®. The Film Society is funded, in part, by a grant from the Delaware Division of the Arts, a state agency, in partnership with the National Endowment for the Arts. The Division promotes Delaware arts events on DelawareScene.com. For more information on this series, other events, or to become a member, visit the Rehoboth Beach Film Society website at rehobothfilm.com or call 302-645-9095.