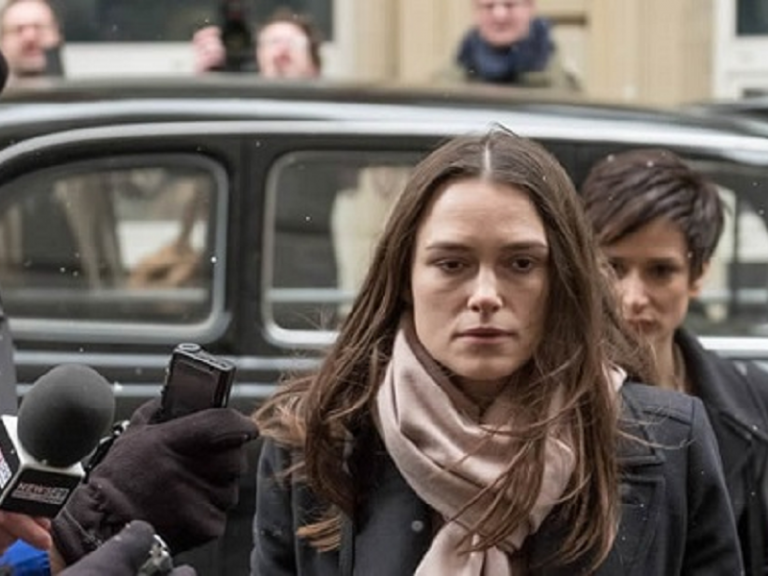 Starting on September 13, the Rehoboth Beach Film Society’s Cinema Art Theater will present “Official Secrets,” a political thriller based on a world-shaking true event about a female British whistleblower who risked everything to stop an unjust war and whose government called her a traitor.

Katharine Gun (Keira Knightley), is a British intelligence specialist whose job involves routine handling of classified information. One day in 2003, in the lead up to the Iraq War, Gun receives a memo from the NSA with a shocking directive: The United States is enlisting Britain’s help in collecting compromising information on United Nations Security Council members in order to blackmail them into voting in favor of an invasion of Iraq. Unable to stand by and watch the world be rushed into an illegal war, Gun makes the gut-wrenching decision to defy her government and leak the memo to the press. So begins an explosive chain of events that will ignite an international firestorm, expose a vast political conspiracy, and put Gun and her family directly in harm’s way. The powerhouse cast includes Matt Smith as journalist Martin Bright and Ralph Fiennes as a human rights lawyer who steps in to defend Gun.  [US, UK, 2019, 112 minutes, Rating: R].

Tim Grierson of “Screen International” says, “This sturdy, entertaining political thriller pushes all the right buttons and triggers all the right outraged reactions.” Baz Bamigboye of “Daily Mail” writes, “A powerful and vital film about lies, deception and one woman’s fight for truth.”

The mission of the RBFS is promoting cinematic arts and providing education, cultural enrichment, and opportunities for engagement for our diverse communities and audiences. The Film Society sponsors ongoing screenings, special events, and the Rehoboth Beach Independent Film Festival (October 31 – November 10, 2019). Having met all the requirements for best practices in nonprofit management, the Rehoboth Beach Film Society is accredited by the Standards for Excellence Institute®. The Film Society is funded, in part, by a grant from the Delaware Division of the Arts, a state agency, in partnership with the National Endowment for the Arts. The Division promotes Delaware arts events on DelawareScene.com. For more information on this series, other events, or to become a member, visit the Rehoboth Beach Film Society website at rehobothfilm.com or call 302-645-9095.