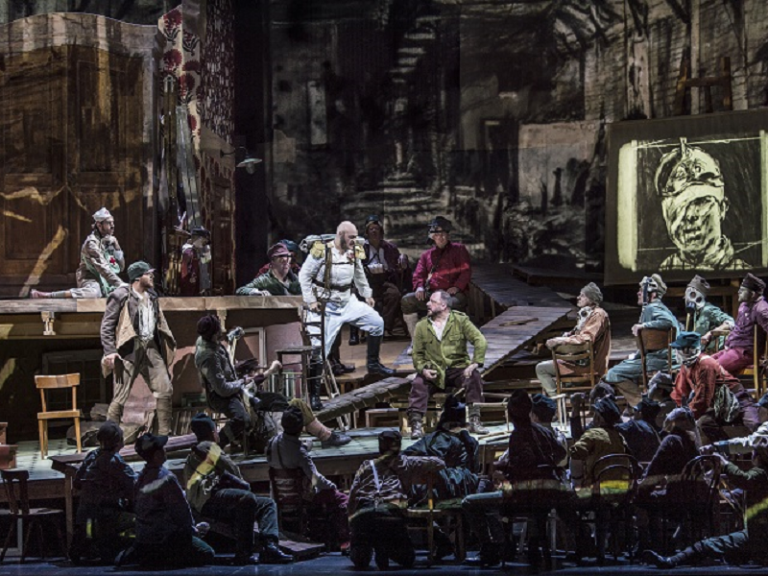 THE METROPOLITAN OPERA: LIVE IN HD “WOZZECK” Opening at the Cinema Art Theater

The Rehoboth Beach Film Society is proud to present the Metropolitan Opera: Live in HD broadcast of Alban Berg’s first opera and harrowing masterpiece “Wozzeck” on Mon, Jan 20 at 1 pm and Tue, Jan 21 at 6 pm. Please note that screenings are held at the Cinema Art Theater and will be shown as a recorded presentation after being filmed live.

One of the emblematic achievements of the thriving artistic forces in Germany and Austria during the brief period between world wars, “Wozzeck” was a sensation and a scandal at its premiere. Remarkably, it has lost none of its power to fascinate, shock, and engage audiences, and its status as one of the defining musical works of the 20th century has not blunted its vitality. “Wozzeck” is the drama of a common soldier who, through relentless dehumanization and systematic humiliation, is driven to insanity and the murder of his mistress. Its subject matter resonated with the German public traumatized by the First World War and its aftermath, but the work’s scope reaches far beyond that, making it a monument to the alienation and angst of modern life. Berg’s score encapsulates the artistic ideals of Expressionism in music—emphasizing the unseen and the subconscious by focusing on the symbolic rather than the concrete. The characters’ highly charged, exaggerated words and music reveal the drama’s inner truth.

Admission for The Met: Live in HD broadcasts is $25 for adults; $22 for RBFS members, Met members, and seniors (65+); $15 for students (with ID) and children (12 and under). Customers are encouraged to purchase tickets online. If seats are available, tickets can be purchased at the theater 30 minutes before the screening.

The mission of the RBFS is promoting cinematic arts and providing education, cultural enrichment, and opportunities for engagement for our diverse communities and audiences. The Film Society sponsors ongoing screenings, special events, and the Rehoboth Beach Independent Film Festival (November 5 – 15, 2020). Having met all the requirements for best practices in nonprofit management, the Rehoboth Beach Film Society is accredited by the Standards for Excellence Institute®. The Film Society is funded, in part, by a grant from the Delaware Division of the Arts, a state agency, in partnership with the National Endowment for the Arts. The Division promotes Delaware arts events on DelawareScene.com. For more information on this series, other events, or to become a member, visit the Rehoboth Beach Film Society website at reh