THE SONG OF NAMES Opening at the Cinema Art Theater 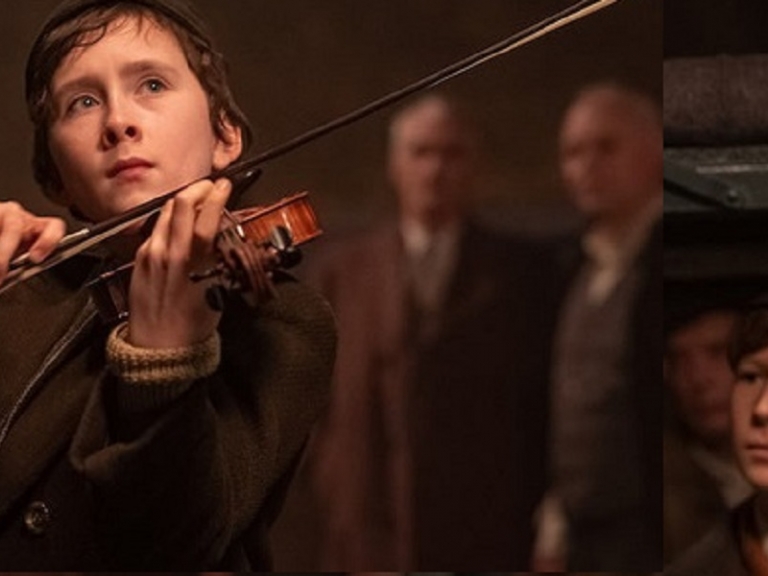 THE SONG OF NAMES Opening at the Cinema Art Theater

Starting on Jan 24, the Rehoboth Beach Film Society’s Cinema Art Theater will present “The Song of Names,” a deeply moving musical drama about friendship, betrayal and reconciliation that unfolds over a half century and two continents.

As Europe erupts into World War II, 9-year-old Martin comes to love his new brother Dovidl, a highly gifted violin prodigy of the same age and recent Polish-Jewish refugee to London. But hours before Dovidl's debut concert performance at the age of 21, he vanishes without a trace, causing shame and ruin for their family. A lifetime later, a young violinist shows 56-year-old Martin (played by Tim Roth) a stylistic flourish that could only have been taught by Dovidl (played by Clive Owen). This triggers Martin's odyssey overseas in search of his lost brother, one that will lead to surprising revelations for both men and for Helen the woman who stood between them. [2019, Canada, 113 minutes, Rated: PG-13].

The mission of the RBFS is promoting cinematic arts and providing education, cultural enrichment, and opportunities for engagement for our diverse communities and audiences. The Film Society sponsors ongoing screenings, special events, and the Rehoboth Beach Independent Film Festival (Nov 5 – 15, 2020). Having met all the requirements for best practices in nonprofit management, the Rehoboth Beach Film Society is accredited by the Standards for Excellence Institute®. The Film Society is funded, in part, by a grant from the Delaware Division of the Arts, a state agency, in partnership with the National Endowment for the Arts. The Division promotes Delaware arts events on DelawareScene.com. For more information on this series, other events, or to become a member, visit the Rehoboth Beach Film Society website at rehobothfilm.com or call 302-645-9095.