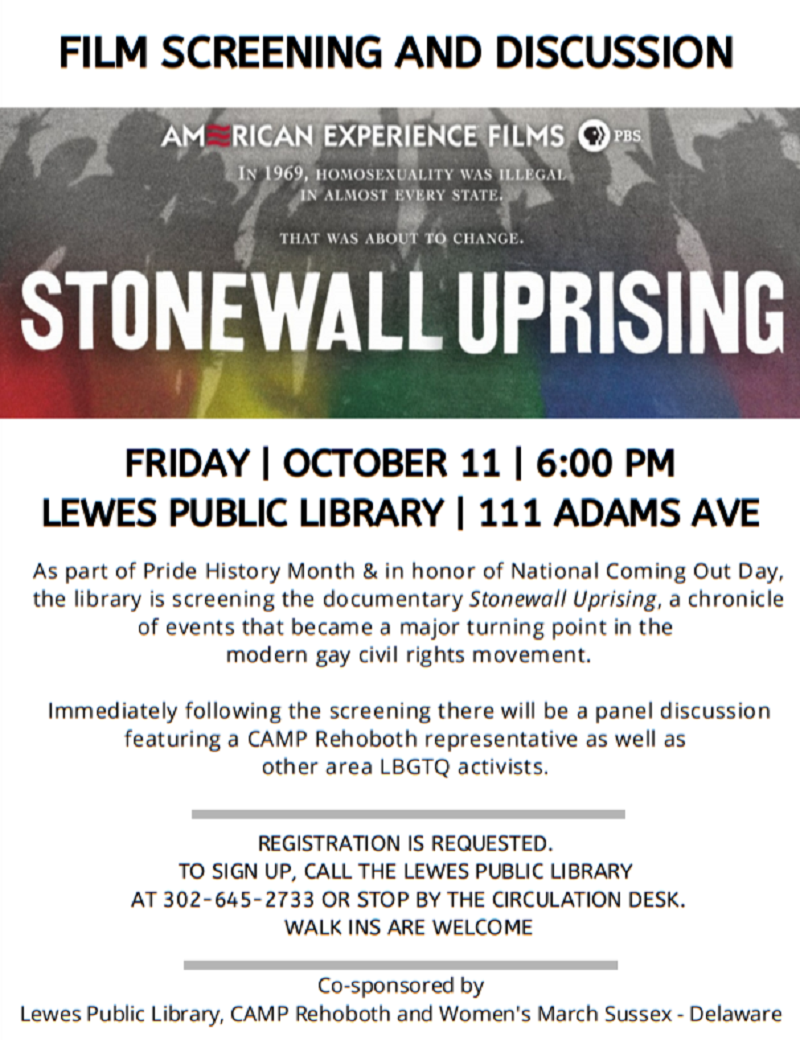 As part of Pride History Month and in honor of National Coming Out Day, the library is screening the documentary Stonewall Uprising, part of American Experience (1988) series. Written by David Heilbroner and directed by Kate Davis and David Heilbroner, this film was based on the book Stonewall: The Riots that Sparked the Gay Revolution. The running time is 83 minutes.

When police raided the Stonewall Inn, a popular gay bar in the Greenwich Village section of New York City on June 28, 1969, the street erupted into violent protests that lasted for the next six days. The Stonewall riots, as they came to be known, marked a major turning point in the modern gay civil rights movement in the United States and around the world.

Immediately following the screening there will be a panel discussion featuring a representative from CAMP Rehoboth as well as other area LBGTQ activists. The panel will be moderated by Paulette Rappa.