This year’s annual Lewes Christmas parade, presented by the City of Lewes and the Lewes Chamber of Commerce, takes place on December 4 at 5 p.m. (Rain/Snow Date: Saturday, December 11 at the same time.) The parade’s theme is “Celebrating an Old-Fashioned Christmas in Lewes.”  This year, in lieu of naming a Grand Marshal, the parade is honoring all pandemic frontline workers. The parade is also dedicated to the memory of Larry Fifer, longtime Lewes Chamber member and former chamber board director whose family’s vintage farm truck carried him and other board directors and officers in the parade.

Prior to the parade’s kick off, local entertainer JGar will perform live holiday music from the Announcers’ and Judges’ reviewing stand set up in front of the flag pole in Zwaanendael Park, facing Savannah Road. The stage is provided by Double E Lawn Care and the lighting and decorations are provided by the Lewes Lions Club, coordinated by Tommy Engel. The City of Lewes Mayor and Council members, followed by the Chamber’s Board of Directors, will lead the other parade entries from the line-up area on Sussex Drive and the Highland Acres neighborhood down the parade route along Savannah Road to Second Street.

Prizes are awarded in a number of categories including a prize that was introduced three years ago recognizing entrants that add a sound component to their entry. The other prize categories are: Marching Group, Band, Clown, Equestrian, Decorated Classic Car (vintage 1967 or older), Decorated Vehicle (after 1967 or more recent), Fire Company, Commercial Float, Community Organization Float and Youth Organization Float. ALL entries must be pre-registered and need to be decorated. Entrants will be notified in a mailing after November 22 with their entry number and their parade lineup time.  The parade lineup takes place from 3:30-4:15 p.m. and the parade begins at 5 p.m. Entrants for Saturday’s parade are asked to commit to the Rain/Snow date on the following Saturday, if it is necessary.

After the parade, everyone is invited to join Mayor Ted Becker as he officially illuminates the Christmas tree in Zwaanendael Park followed by candlelight caroling in the park, led by Christy Taylor with some of her music students.  For the fifth year, the City has made arrangements to have a fresh-cut tree moved into Zwaanendael Park between the museum and the Fisher-Martin House. This year’s tree is a 30-foot Blue Spruce donated by Patricia and Harry Still. The tree lighting ceremony will commence shortly after the last parade entry passes by the judges’ reviewing stand in Zwaanendael Park.

The Christmas Parade is the culmination of a number of special events and activities associated with the celebration of the Christmas Weekend in Historic Lewes. The festivities kick off on Thursday, December 2, with the Lewes Merchants’ 34th annual Hospitality Night from 5-8 p.m. in the historic commercial district.  Second Street will be closed to vehicular traffic from 4 - 8 p.m. on Thursday night. Santa will make a brief visit to his Lewes house in front of Citizens Bank that evening in advance of his arrival at the Lewes Christmas Parade on Saturday night.

There are numerous other activities throughout the Lewes area associated with the holiday weekend celebrations. Visit the chamber’s website:  www.leweschamber.com/events.  The chamber’s visitor center is open Monday through Friday 10 a.m. – 4 p.m. and will be open from 10 a.m. – 4 p.m. on Saturday, December 4. 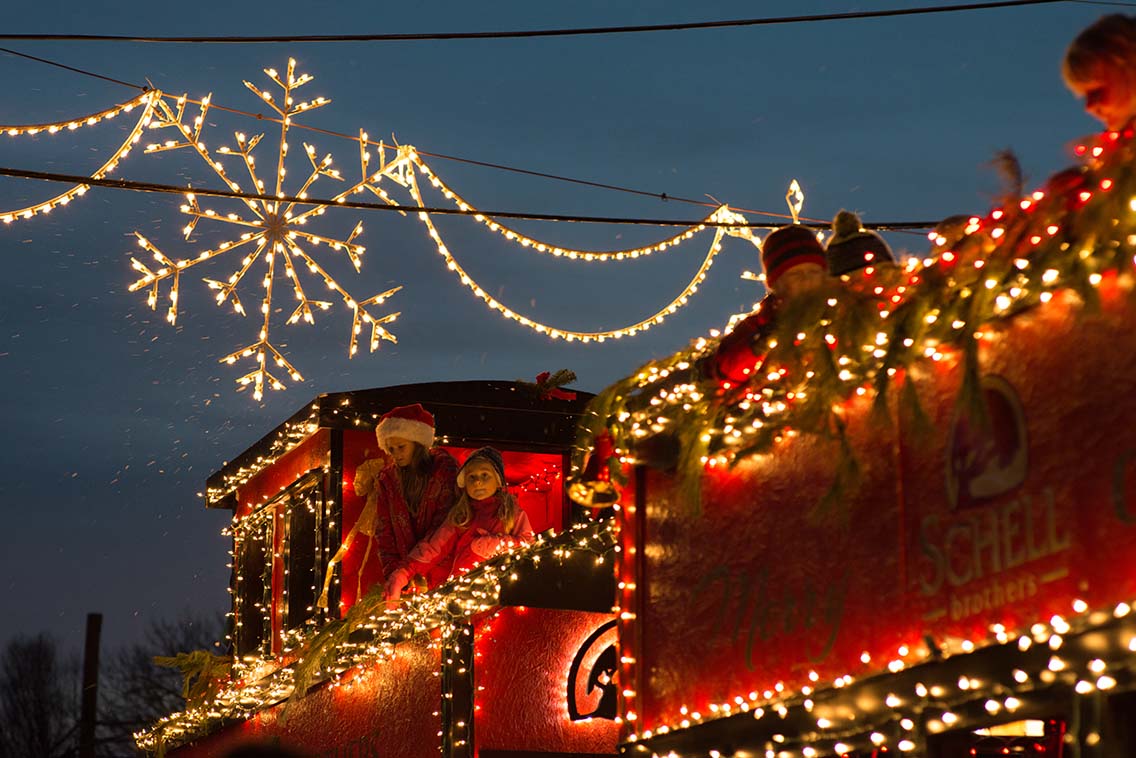