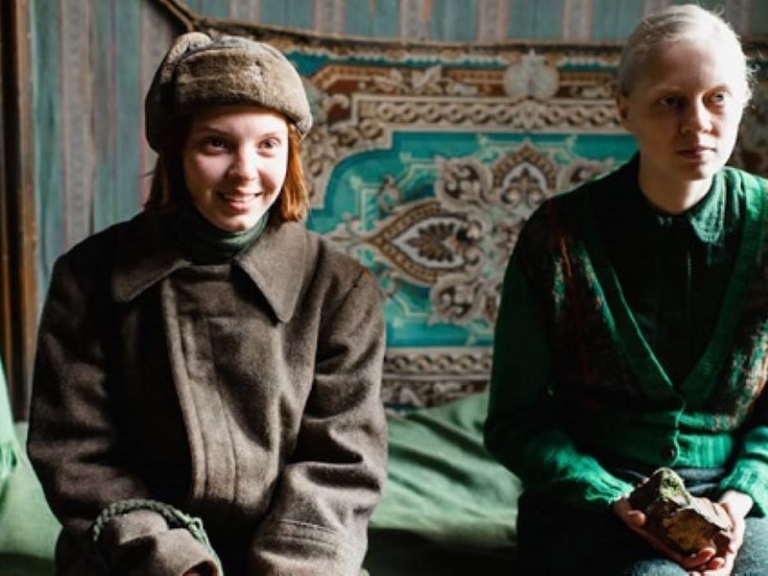 Starting on Feb 21, the Rehoboth Beach Film Society’s Cinema Art Theater will present “Beanpole,” a Russian historical drama that follows two young women who search for meaning and hope during their struggle to rebuild their lives amongst the ruins of war.

1945, Leningrad. World War II has devastated the city, demolishing its buildings and leaving its citizens in tatters, physically and mentally. Featured are two astonishing newcomers Viktoria Miroschnichenko (Iya) and Vasilisa Perelygina (Masha). As the film begins, Iya, long and slender and towering over everyone—hence the film’s title—works as a nurse in a shell-shocked hospital, presiding over traumatized soldiers and taking care of Masha’s young son until she returns from war.

Although the siege – one of the worst in history – is finally over, life and death continue their battle in the wreckage that remains. Iya and Masha, attempt to readjust to a haunted world. A shocking accident brings them closer and also seals their fates. The 28-year-old Russian director Kantemir Balagov won Un Certain Regard’s Best Director prize at this year’s Cannes Film Festival for this richly burnished, occasionally harrowing rendering of the persistent scars of war. [2019, Russia, 137 min, Rated: NR].

Joe Morgenstem of “Wall Street Journal” exclaims, “The film is a surprisingly thrilling work of art by virtue of its physical beauty and its relentless intensity of feeling about people who would prefer in their heart of shattered hearts to feel nothing.” Ron Wilkinson of “It’s Just Movies” says, “An explosive look at the horrors of war grounded by great performances from every person on the screen.”

The mission of the RBFS is promoting cinematic arts and providing education, cultural enrichment, and opportunities for engagement for our diverse communities and audiences. The Film Society sponsors ongoing screenings, special events, and the Rehoboth Beach Independent Film Festival (Nov 5 – 15, 2020). Having met all the requirements for best practices in nonprofit management, the Rehoboth Beach Film Society is accredited by the Standards for Excellence Institute®. The Film Society is funded, in part, by a grant from the Delaware Division of the Arts, a state agency, in partnership with the National Endowment for the Arts. The Division promotes Delaware arts events on www.DelawareScene.com. For more information on this series, other events, or to become a member, visit the Rehoboth Beach Film Society website at www.rehobothfilm.com or call 302-645-9095.