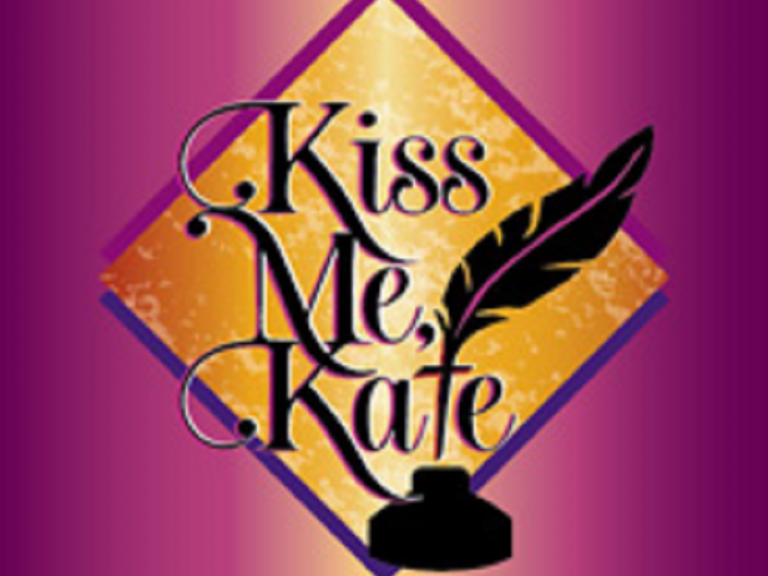 “KISS ME KATE is a classic that so many artists and audiences have fallen in love with over the years,” says David Button, Clear Space Artistic Director. “I am excited to bring a new focus to the story on the Clear Space stage.”

Jacob Waldron, who appeared last year as Cinderella’s Prince in Clear Space’s   INTO THE WOODS, returns from New York City to play the lead role of Frederick Graham/Petruchio.

“It’s an excellent piece of theater,” Jacob says of the musical, written in 1948 by Bella and Samuel Spewack with music and lyrics by Cole Porter.  In 1949, it won the first Tony Award for Best Musical, and has been performed on New York and London stages throughout the decades. “The script is well done. I let the material do the work so that the audience can sit back and enjoy it.”

“KISS ME KATE is complex,” says Schneider. “You’ve got the story of Fred and Lilli, and you have the Shakespeare production their company is performing. KISS ME KATE brings out humor and love, and so many of the lines are hysterical.”

Schneider, who played Donna in MAMMA MIA! in Clear Space’s summer repertory last year, says she identifies with her character Lilli, a strong and bold woman.  “I can relate to her. She is stubborn and doesn’t hold back her feelings.”

Waldron and Schneider are supported by a strong cast in a production that includes creatively choreographed dance numbers and some of Cole Porter’s best works, such as, “So in Love,” “Wunderbar,” “Too Darn Hot,” and “Another Op’nin, Another Show.”

Director Button adds, “It’s a very big piece that will be challenging to fit on our stage, but using inventive ways to stage scenes will draw the audience in and create the intimacy that we all know and love in Cole Porter’s music.”

Sponsored by WMDT 47abc, KISS ME KATE runs weekends from Friday, May 6 to Sunday, March 22.  Friday and Saturday performances are at 7 p.m., and Sunday performances are at 3 p.m. There also is one Thursday performance, at 11 a.m., March 12. Tickets for all shows are $17 to $32. For more information about performing arts education or for show tickets, please visit  www.ClearSpaceTheatre.org or call 302-227-2270.