FLEABAG Opening as part of the National Theatre Live Series 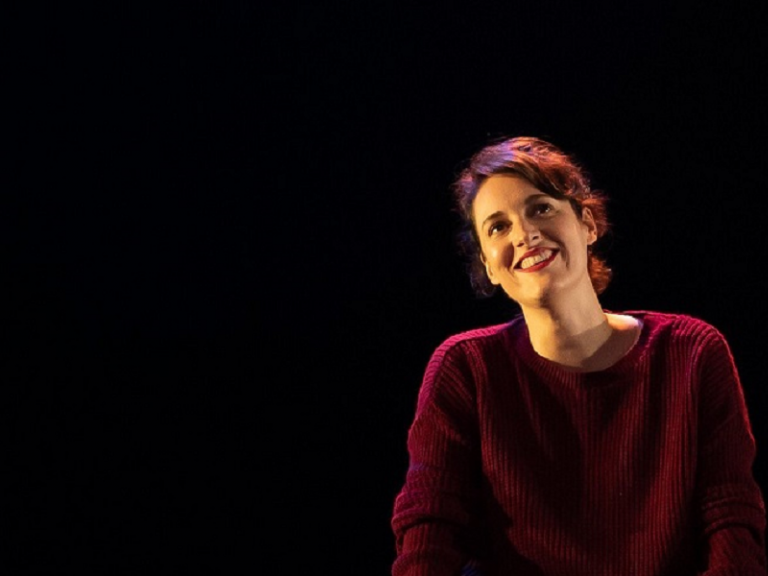 Fleabag is a rip-roaring look at some sort of woman living her sort of life. Fleabag may seem oversexed, emotionally unfiltered and self-obsessed, but that’s just the tip of the iceberg. With family and friendships under strain and a guinea pig café struggling to keep afloat, Fleabag suddenly finds herself with nothing to lose. Playing to sold-out audiences in New York and London, don’t miss your chance to see this ‘legitimately hilarious show’ (New Yorker). [UK, 2019, 80 minutes, Rating: NR, age recommendation is 15+].

Peter Sobczynski of “eFilmCritic.com” writes, “The material is so good and enduring, even those familiar with the series will find themselves laughing as if they were hearing it all for the first time.” Sarah Knight Adamson of “Sarah’s Backstage Pass” exclaims, “The ultra-talented Phoebe Waller-Bridge's solo theater performance shines a light on female issues - taking us on an outrageous, hysterical roller coaster ride.”

National Theatre Live is a groundbreaking project that presents the best of British theatre live from the London stage on film to cinemas across the UK and around the world.

The screenings will be at 4 & 7 pm on Tue, Oct 15; 4 & 7 pm on Tue, Nov 12. Admission is $18 for RBFS members, $20 general admission and $15 for ages 15 and under. Customers are encouraged to purchase tickets online. If seats are available, tickets can be purchased at the theater 30 minutes before the screening.

The mission of the RBFS is promoting cinematic arts and providing education, cultural enrichment, and opportunities for engagement for our diverse communities and audiences. The Film Society sponsors ongoing screenings, special events, and the Rehoboth Beach Independent Film Festival (October 31 – November 10, 2019). Having met all the requirements for best practices in nonprofit management, the Rehoboth Beach Film Society is accredited by the Standards for Excellence Institute®. The Film Society is funded, in part, by a grant from the Delaware Division of the Arts (DDOA), a state agency, in partnership with the National Endowment for the Arts. Delaware arts events are promoted at DelawareScene.com by DDOA. For more information on this series, other events, or to become a member, visit the Rehoboth Beach Film Society website at rehobothfilm.com, or call 302-645-9095.