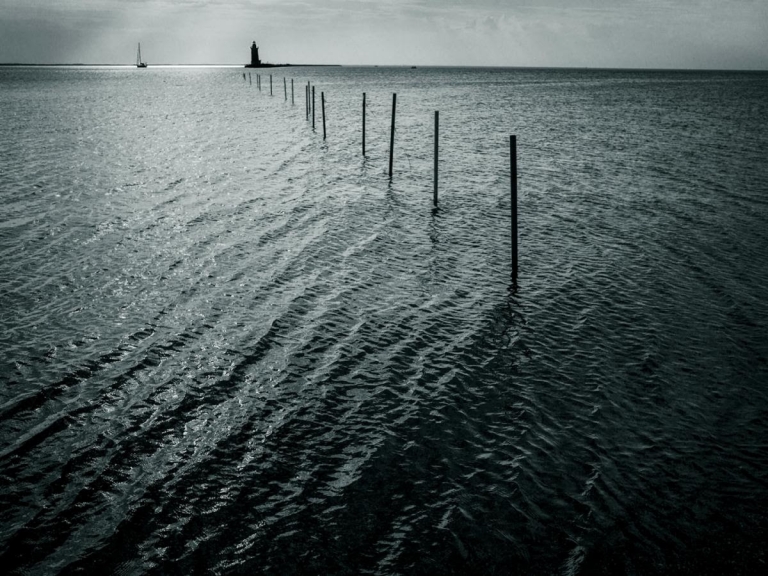 The Peninsula Gallery will celebrate the life of photographer Richard Calvo with a retrospective exhibition of his work. The selection of photographs lovingly showcases his passion, talent, and life experiences. These pieces will be accompanied by work from Lewes photographer, Brook Hedge, who was an artistic collaborator and close friend of Richard’s.

Richard Calvo was born in 1944 in Queens, NY after his parents emigrated from Spain and El Salvador in the 1930s. He spent his childhood in New York City and began working towards his degree in English Literature at NYU. He was drafted during the Vietnam War and sent to Vietnam as part of a Public Information Office unit. The duties of this group involved documenting and reporting newsworthy happenings in the war, both on the battlefield and off, and dealing with visiting media and dignitaries. Richard’s primary task was to write but he found a keen interest in the photographic aspect of this job. He returned from Vietnam with a camera and a new passion. Shortly after his homecoming, he won first prize in a photo contest and became absolutely hooked on photography. Calvo finished his degree at Pace University and worked his way toward becoming a full-time photographer, living in New York City for several years before moving to Long Island. During his professional career, he shot advertisements for large corporate organizations like sporting goods and cosmetic companies and presented his work at many galleries and art shows throughout the northeast. Richard and his wife Lori, who has had a major role in orchestrating the exhibition, moved to Southern Delaware in 2013, where Richard found inspiration in the serene rural surroundings.

This display is a look into the life of this great artist. The subjects span from coastal landscapes, to historical images of war-time protests, to dramatic black and white shots of NYC and more. Many groupings will be narrated by Richard’s own words, as he was a beautifully skilled writer, or by stories recalled by Lori.

Brook Hedge retired to Lewes where she decided to follow her passion for photography after forty years in the legal profession in Washington D.C. She and Richard met during his first exhibition at the Peninsula Gallery in 2014 and became dear friends. The two shared a love for Leica cameras. Both using the Leica M3 during the late 1960s and early 1970s, Richard captured images of pro-war demonstrations in Washington, D.C. and Brook was in California at UCSB photographing anti-war demonstrations. This symmetry is apparent in the show. Brooks says, “When we were not sharing brunches together with our spouses, we would meet for photography discussions. Richard was a wonderful mentor. Our time consisted of stories about our lives and lessons. He taught me the secrets of shooting effectively with a Leica 246, which papers to use, and the unique characteristics of certain lenses.”

The exhibition will run from Saturday, July 25th through Sunday, August 23rd. Art featured in the show can be previewed on the gallery website, peninsula-gallery.com. Works are available for purchase as soon as they are posted to the website. For more information call 302-645-0551. The gallery is located in the Shops at the Beacon, 520 East Savannah Rd. Lewes, and is open Tue – Sat, 10-5, and Sun 11-3.