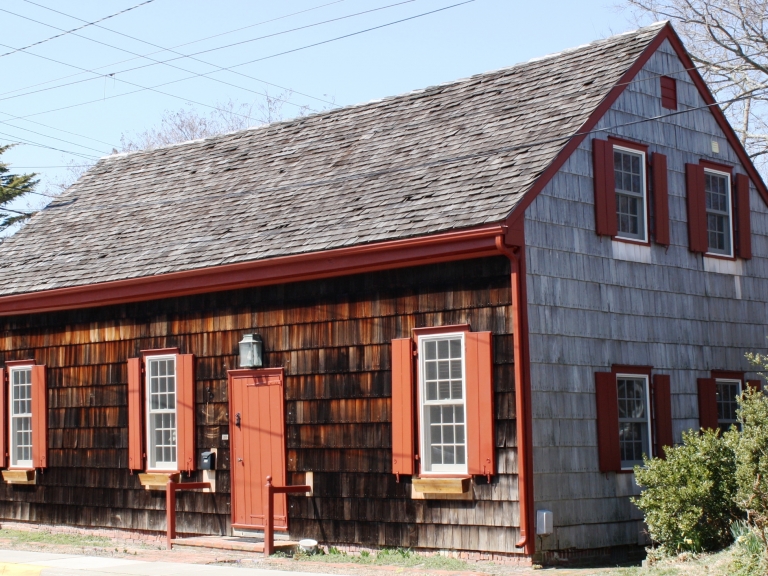 Lewes, Delaware – the Birthplace of Delaware – has had many accolades over the years: it is widely noted for its beautiful architecture, sense of community, appreciation of its past and thriving business community set into the historic fabric of its downtown. Named by the National Trust for Historic Preservation as one of its Dozen Distinctive Destinations, Lewes is truly a jewel in both Delaware’s and preservation’s crown. Historic preservation has led to job creation, heritage tourism initiatives and opportunities, increased real estate values, and civic pride.
The Lewes Historical Society seeks to honor those who have played roles in restoring and preserving Lewes’s historic character and fabric with their Preservation Awards. Those who have acted as stewards of properties in town, those who have written down or preserved its memory or those who have contributed significantly to the preservation movement in town are eligible to be nominated.
“Done correctly, historic preservation isn’t necessarily about the preservation of one building but rather a community and its context and it should lead to thriving local business and a sustainable way of life,” Society Executive Director Mike DiPaolo noted. “Lewes is often held up nationally as an example of what a community can do when it both cares about its past and puts it mind to the task; the Society is privileged to honor those who have acted so faithfully as stewards of the town’s heritage.”
Properties and nominees may be located within Lewes or its surrounding countryside.  Projects should be complete prior to nomination.  Properties or works completed since 2011 will be considered for these awards.  Nominations will be judged according to the Secretary of the Interior’s Standards for the Treatment of Historic Properties, as applicable.  Submissions must be received by February 15, 2016. Nomination forms are available at www.historiclewes.org or by calling the Society at 302-645-7670.
Nominees are invited in the following Preservation Award Categories:
RESTORATION/REHABILITATION- Awarded for superlative work in the restoration, rehabilitation, or reuse of an historic property.
NEW CONSTRUCTION AWARD- Awarded for the sensitive design and careful construction of a new structure, whether an infill project or an addition to an existing building.
COMMUNITY AWARD- Awarded to an individual or organization for extraordinary service to Lewes, Delaware or surrounding area in the field of historic preservation and activities; this may include publications.
STEWARDSHIP AWARD- Awarded for exemplary maintenance of an historic property or workmanship on an historic property by a contractor.
Completed nominations will be reviewed by the Preservation Awards Committee and voted on by The Lewes Historical Society’s Board of Trustees.  Award winners will be celebrated at an awards luncheon on Friday April 8, 2016.